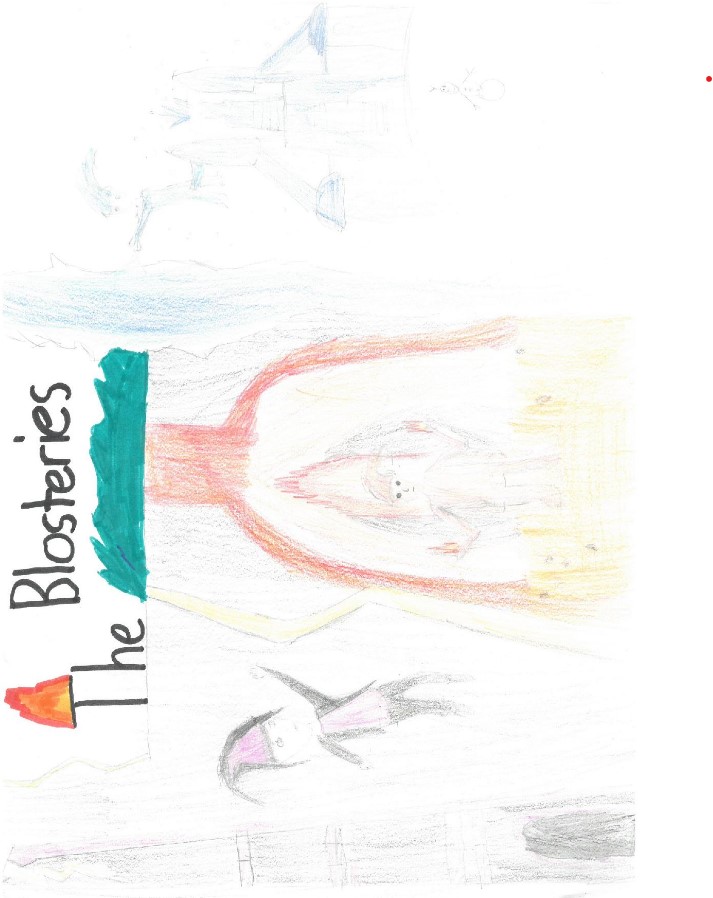 In the world of Blostaria, there were three pretty ordinary Blostarian children. Blostaria was not at all populous nor normal compared to here on Earth. The planet was travelling at a thousand miles per minute, and was soon to clash with our solar system.

“We are advising everyone to attempt to make a rocket to escape from this planet, unless you want to be dead!” advised the news reporter. Being the scientific geniuses that they were, Blaze, Frost and Lightning had already built a fully functioning rocket.

“Right, I guess we shall launch!” Blaze announced.

“Bye Mum! Bye Dad! Hope you get somewhere safe, other than here of course!” Frost yelled down to his family. As they were only young, they could not have built a very big rocket, so it could only hold three people in it.

“Bye!” they all shouted from up top as the rocket launched.Days passed, maybe even weeks, until they noticed any planets.

“LOOK! There is a planet we can live on! “exclaimed Lightning excitedly as she took control of the rocket. It didn’t take long until they entered the planet, which was Earth. Suddenly, the rocket exploded while they were still in it. The gravity was so strong compared to Blostaria which is what caused the explosion.

“I have an idea! I will make an ice sculpture and you melt it so it turns into water! It will break the fall.” Frost exclaimed. Blaze and Lightning didn’t need to worry, however. Blaze could hover with his fire powers, and Lightning could slide down in a bolt of lightning. As they landed, they had the idea of living underground and having their three houses there. Digging isn’t as easy as it looks though. It took the trio hours upon hours to dig out enough room to make three bases. At the middle room there is ‘Lava Lair’, to the right is ‘Frosty Fortress’ and to the left is ‘Lightning Tower’.

Suddenly the whole world shook, as if it were an earthquake, but there were never earthquakes where they lived.

“What was that?” thought Blaze aloud. He was turning around in confusion, until he noticed something. A man. He thought he was seeing things, so he advanced towards him.

“Greetings,” came a deep voice. “I am looking for Frost, my long lost brother, and I know he is here.”

“Who are you?” Blaze asked, still in confusion.

“I am the mighty Smoke!” Out of the darkness stood a man that was so dark and black, he would blend in with a midnight sky. His face was nothing, apart from two bright, white eyes that look like they would stare into your soul.

“So tell me, where is Frost?!” he was quite clearly getting angry.

“I thought you knew.” replied Blaze in a jokey way.

“ENOUGH! I suppose we are going to have to battle for him, then.” “Ok, let the games begin…”