It started off as a normal day at the amusement arcade. John was at the arcade with his friends. He lived down the road so he went up to the arcade every now and then. 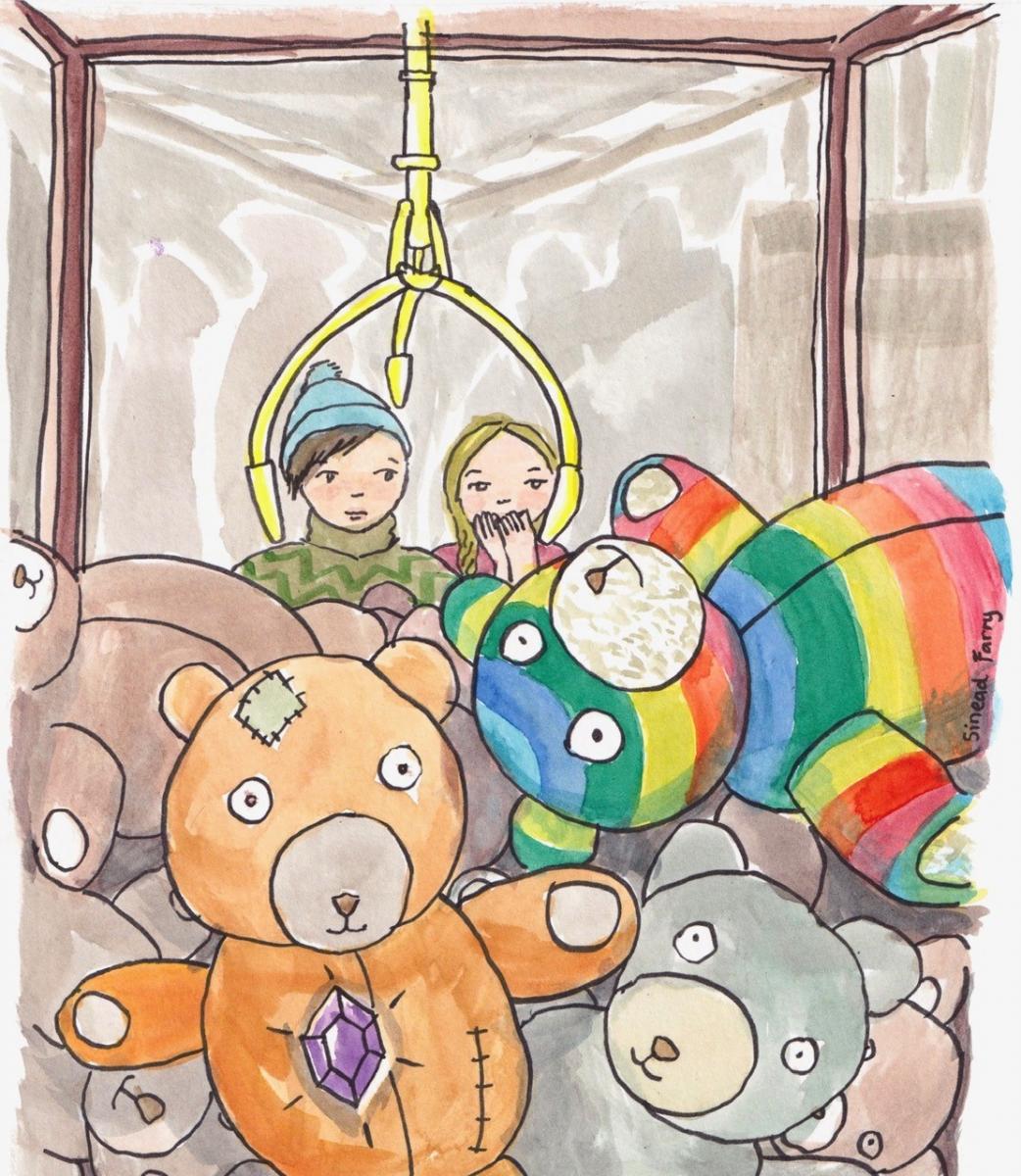 Katie had a go but she didn’t win anything. Then John had a go and he won the bear. He really wanted the other bear beside it because it was a rainbow bear. He got both the bears but the rainbow bear fell out of the claw. The bear he won looked really old. It had stitches and was really dusty. It had a jewel stuck in its chest. The jewel was put there by a wizard and it contained the wizard’s soul.

Katie said in a worried voice, “I’ve read about this bear before.”

John was worried now too. He knew that Katie’s great-granny was magic. The whole family had magical powers.

“Maybe this isn’t a great prize after all,” said John. “We should go to the toy shop and sell this bear.”

“Let’s bring it to my great-granny, Meemaw,” Katie said, decisively...