Patricia decided to ask her friend Josh for help. He was a thief and could train her how to get it without getting caught.

“Step one,” said Josh. “Wear pure black clothes at night so you don’t get seen.” Patricia went to get clothes out of a charity shop. She found a black coat, a Peaky Blinders hat and black leggings.

“Learn how to climb through sewers,” said Josh, handing her a bin bag. 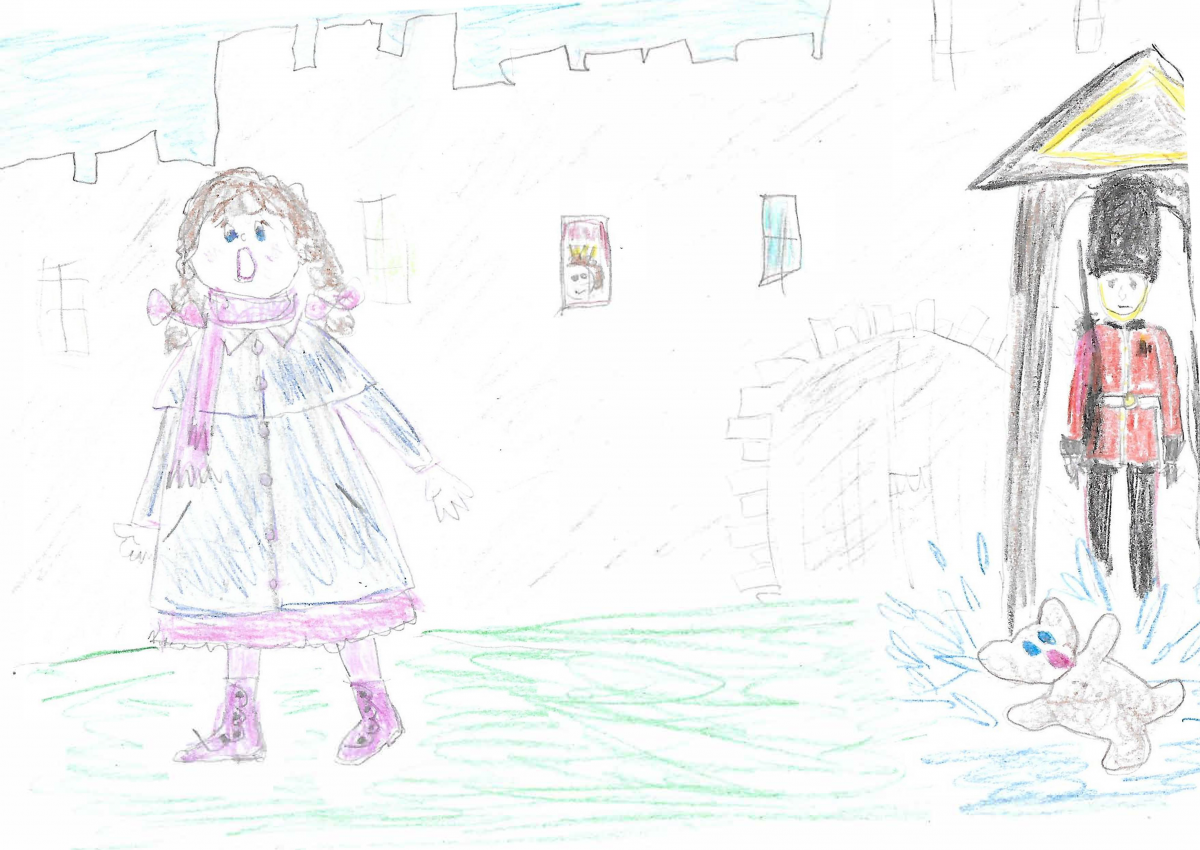 “Find out where the guards are,” he replied.

Patricia memorised the times of the guards’ movements. “I don’t need no sewers,” she said. “I’m only four, they’ll never suspect me.”

It was the big night. She had the clothes and she knew the guard movements. She walked up to one of the guards.

“I’ve lost my mum!” she said, the perfect distraction.

While the guard was looking away, Josh snuck past the gate. Josh is in the building! He snuck through the corridors past all the paintings, trying to find the teddy bear. As he was walking down the corridor he saw a shadow and heard a big loud voice.

“GET OUTTA HERE, NOW!” shouted the voice. As the guard came running, Josh jumped onto the ceiling.

Meanwhile, Patricia had seen a wagon going into the building so she hung on to the bottom of it…