Rosie was lost in the city! She was buying something for her mother at the shop but she went too far and got lost. She was new to the city and that was how she got lost.

She tried to look for her mum but couldn’t find her so she started asking people. She drew a picture of her mum and said, ‘Do you recognise this lady?’ But no-one knew her.

Then she recognised one of her old friends, Lewis, who had moved away, a long time ago, when she was only five. 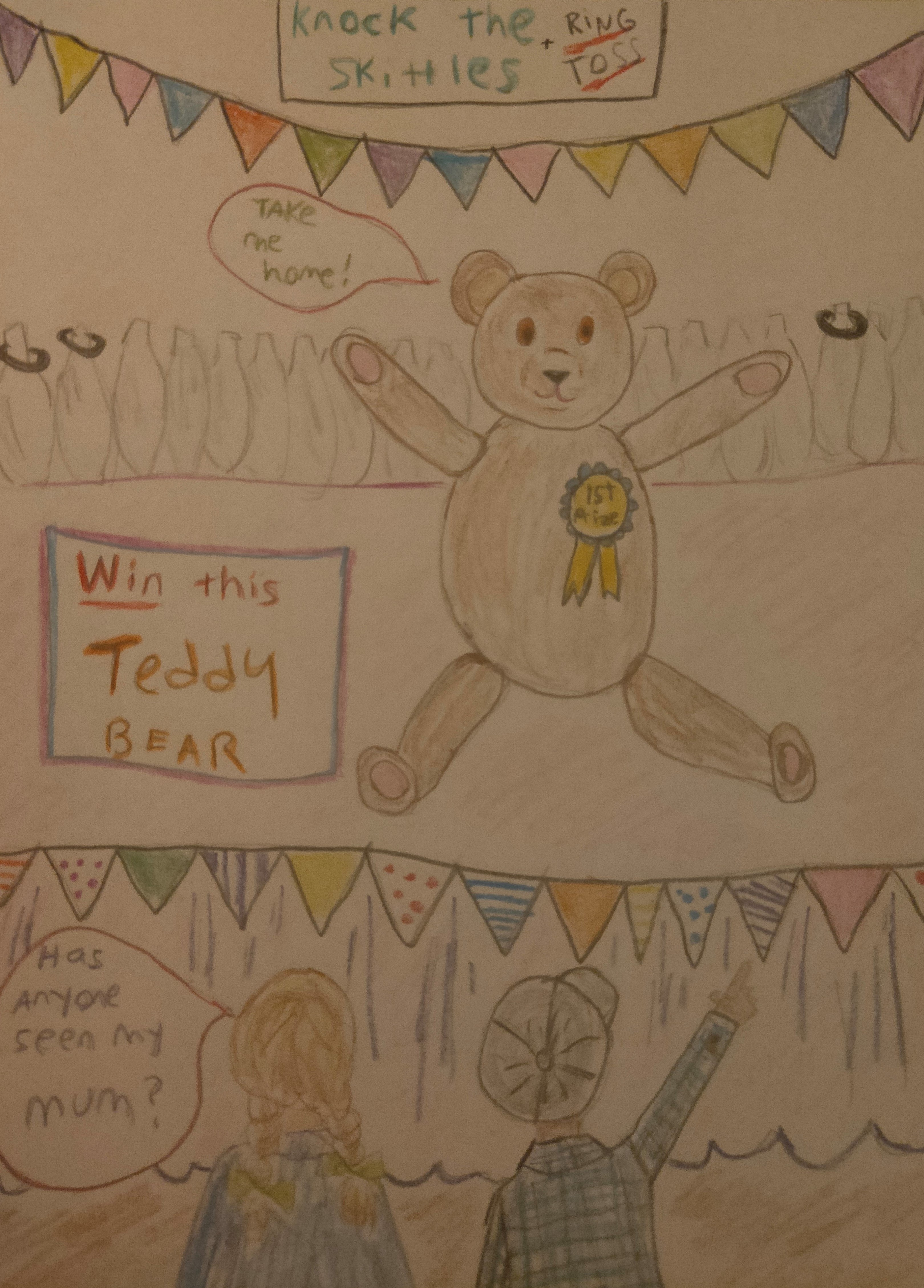 She ran towards him excited to see him again and scared in case he didn’t remember her. She said, worried, ‘Do you remember me?’

Lewis said, ‘Yes I do! Where’s your mother?’

Rosie said, ‘I’m lost.’ You could hear her voice crying inside.

Lewis said, ‘Do you remember where your mum was?’

‘No, I’ve forgotten. Mum said we were going to the fair,’ said Rosie.

Lewis said, ‘Do you want to go to the fair and check if your mother’s there?’

They got carried away playing on one of the games and they won a teddy! They forgot about Rosie’s mum!

Rosie said, ‘This reminds me of a teddy I had.’ She thought of her mummy,  ‘We have to go!’ she commanded.

But there were thousands of people there and it was starting to get dark...