Once upon a time, there was an 11 year old girl called Lily. She had a rough childhood and her brother Alex was kidnapped and brought to the Sahara. She saw her nanny Karen was running after the van that Alex was in. Lily hopped on her horse Rosie and followed the van to the Sahara. She found Alex hidden in the rocks.
Lily says, “We have to go back home.” 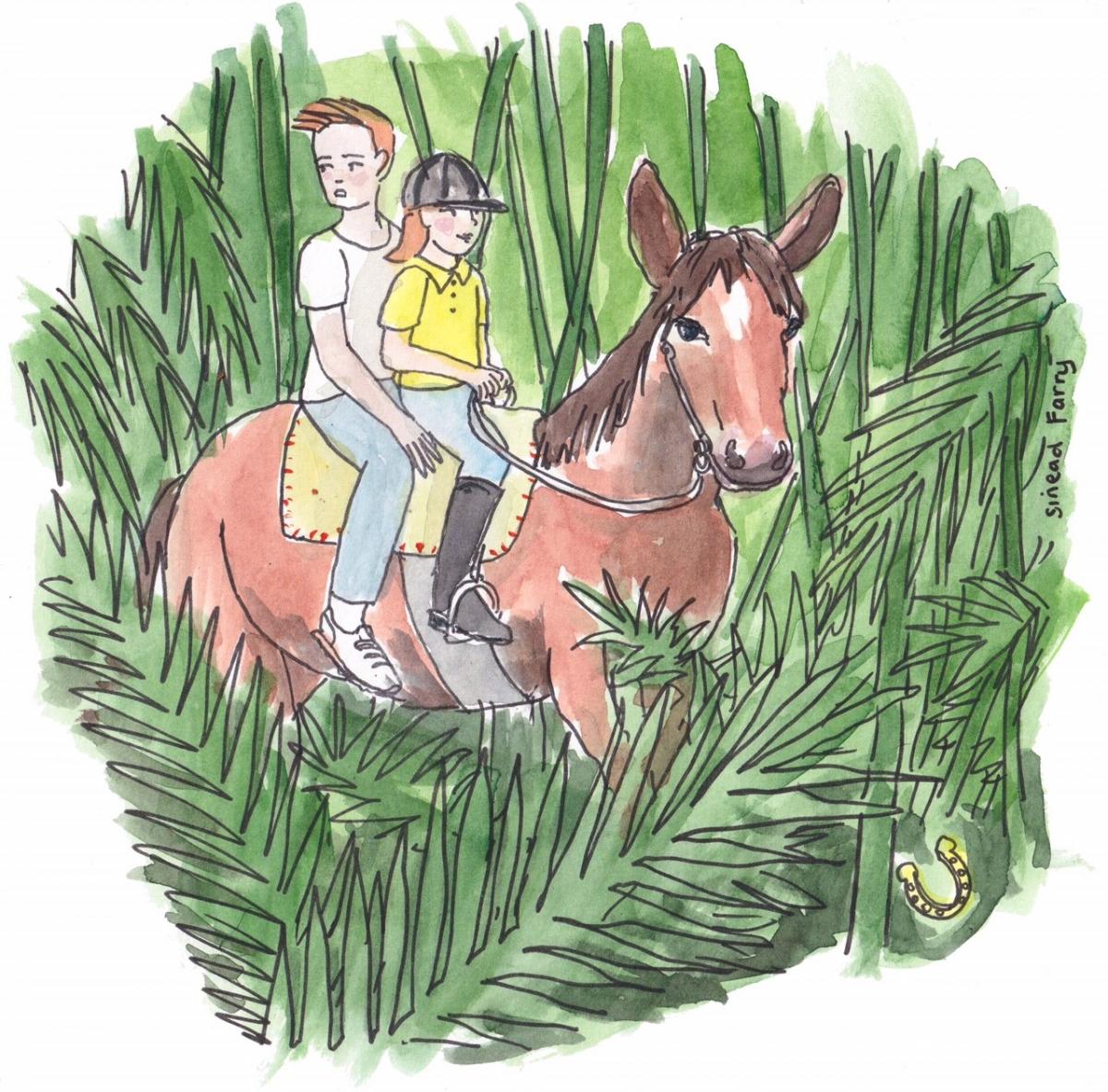 The bad news was that Joe, (who was wearing two pairs of sunglasses), was spying on them the entire time. Joe was an alien from an unknown planet, who came here to destroy all the horses. On Joe’s home planet, horses were threatening the aliens. Joe had four eyes, green skin, and eight tentacles. Joe threw out a map to trick them to go to Australia.

Lily and Alex jumped on Rosie the horse and got lost in the forest on their way. They both fell off, and they found a shining horseshoe.

They started to smell smoke...