Justin was sitting in his room, playing on his game console and his game stopped working. He had to get ready to go to his basketball game.
Justin said, ‘My game’s stopped working, Mum.’
‘We don’t have time, we’re late for the game,’ said his mum.

His mum drove him to his game but he was an hour late. His coach shouted at him and made him sit out the entire game. He felt sad and scared because he was worried he’d get kicked off the team.
‘Mum,’ he said, weeping, ‘Can I go home? I’m not getting to play.’
‘Yeah, I’ll bring you home now.’

But when he got home he found his dog, Daisy, chewing on the wires of his games console!
He shouted at Daisy, ‘Why did you do this??!!’
He sighed and lifted the dog up and put her outside of the room. He took the plug of the game out of the wall and put the console under his bed but the socket was damaged. He pulled out his phone and played games on that instead. He smelled a burning smell coming from the plug. It travelled through the house into the kitchen and the kitchen went on fire! 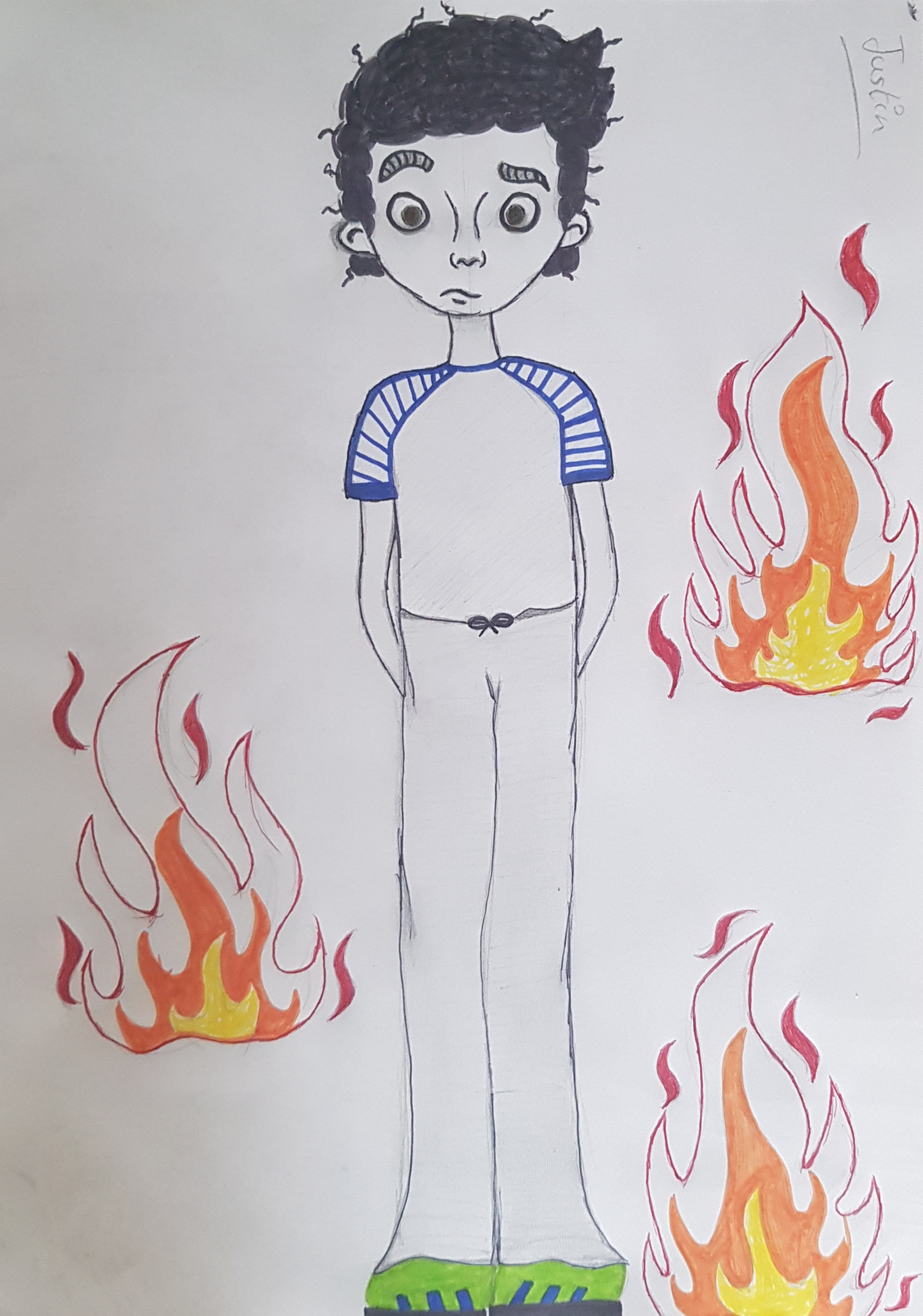 He was terrified and he screamed, ‘There’s a fire in the house! Everyone get out of the house!’

After the kitchen went on fire he took his phone out and called the fire brigade but they gave him bad news.
‘Mum, the house is on fire but the fire brigade is going to take half an hour to get here, so we have to get ourselves.’
He grabbed Daisy and he and his mum went to run out of the house but Justin fell and hurt his elbow. He tried to put out the fire by throwing a cup of water at it, but it made the fire worse and it spread to the living room.
‘Help me! The fire won’t go out,’ he screeched.

When he got to the hospital the doctors made sure he wasn’t injured but it turned out he had a burn on his wrist. His elbow was fine. They put an ice pack on his burn. His mum was in the hospital worrying about him.
She asked the doctor, ‘Is Justin alright and is he going to be able to play basketball?’
‘He’s not going to be able to play for a few months,’ replied the doctor.
His mum was shocked when she heard he couldn’t play basketball for a few months and she told Justin. Justin was really sad. He felt down.
Justin said, ‘I’m never going to be a professional basketball player.’
He asked his mum could he try something new instead of basketball...