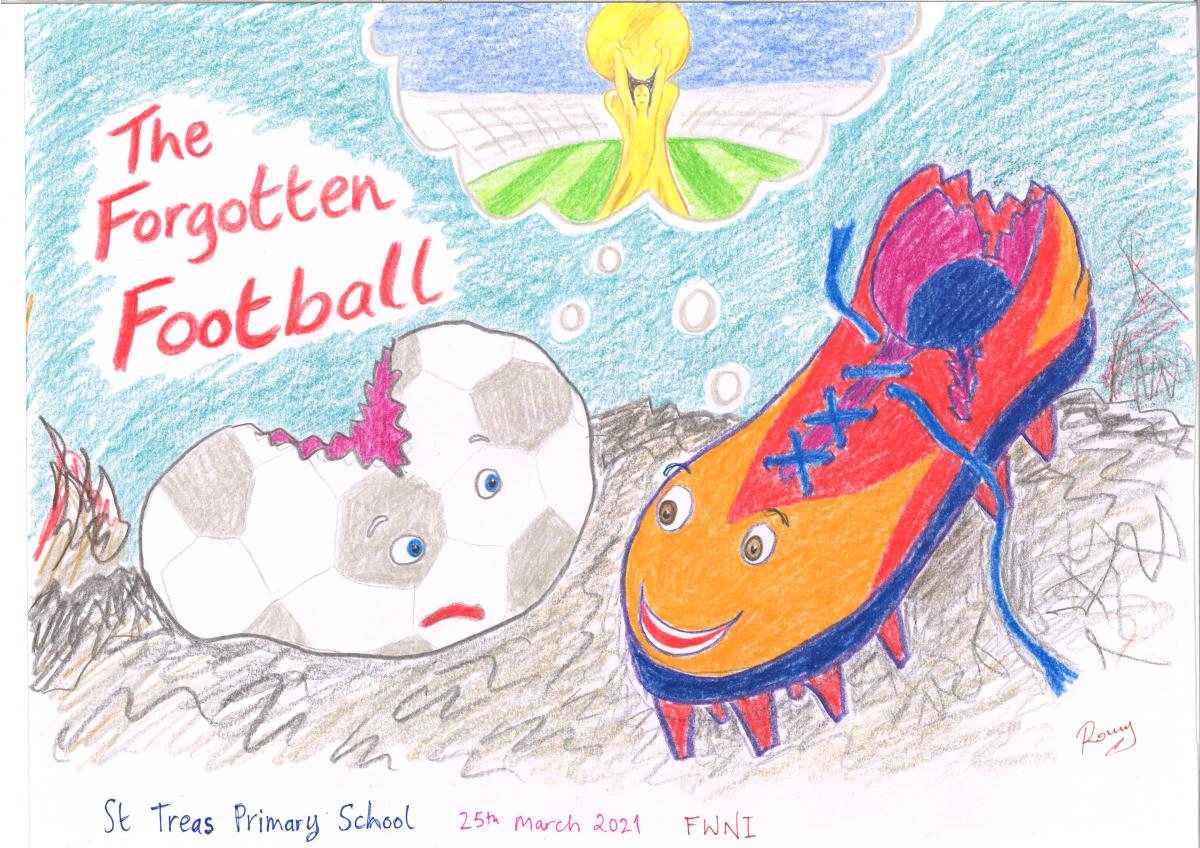 P6 & P7, St Treas Primary School, Ballyronan.
Once there was a football that lived happily with his family. One day they were walking down the road, when Dug hit a big rock. There was a vehicle coming, he was in the road and he got burst. Then he was sent to the junkyard, where the nightmare kept coming back to him.

Dug hated Kicker at first, because Kicker seemed so happy. “Why are you so happy?” Dug asked Kicker.

“I’m happy because I don’t have to be used any more,” replied Kicker.

“Because my owner never washed his feet in the bath. I always had to smell his smelly feet, and they made me hit my old friend, a football called Freddy,” said Dug.

“Hey, I want to play in the World Cup,” exclaimed Dug.

“I want to play in the World Cup as well,” replied Kicker. “But it is too bad that we’re going to the Great Grinder in a couple of days.”.......