Flynn and the Dog Treats That Tasted REALLY Good! 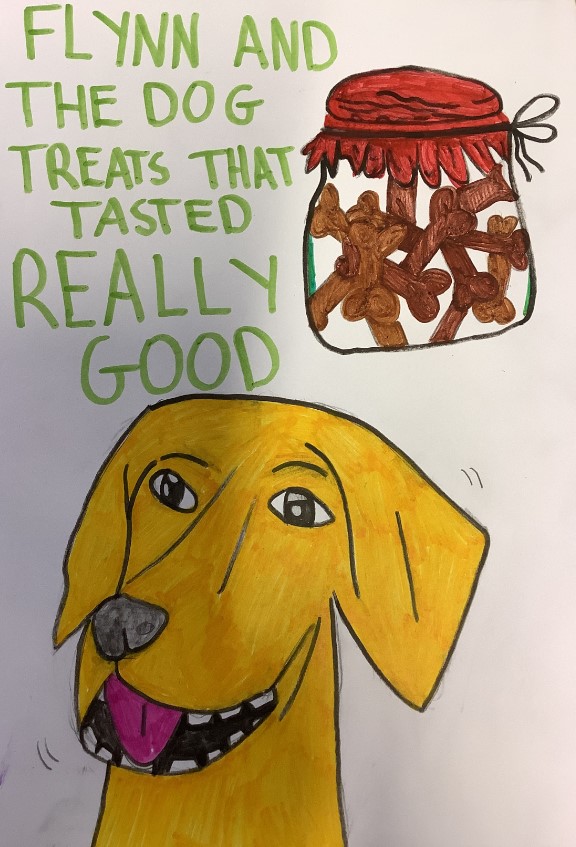 On a cold winter morning in November, a dog was abandoned in an upturned box. The dog was a golden retriever called Flynn. Flynn was hungry and afraid. He was absolutely starving – he hadn’t eaten in two days.

Flynn went on a hunt to look for food. While he was on the hunt he met a tiny chubby pug.

“I know where to find Golden Dog Treats,” said the pug, whose name was Doug. The pug was a mobster. He had a little crew of dogs called The Pirate Pugs.

“If you want to know where to find food, you can find it at the dog shelter,” said Doug. “But it comes at a price.”

“Where can I find the dog shelter?” said Flynn. “And what is the price you speak of?”

Doug went laughing down the street. “Argh-argh-argh- argh...woof.” Doug had seen a man with really cool glasses and he wanted Flynn to steal them for him.

The man, who was a guard at the animal shelter, had special mapping glasses that could digitally track the location of the golden dog biscuits.

Luckily, Flynn had kung-fu powers, could speak Human and could use a whip expertly...