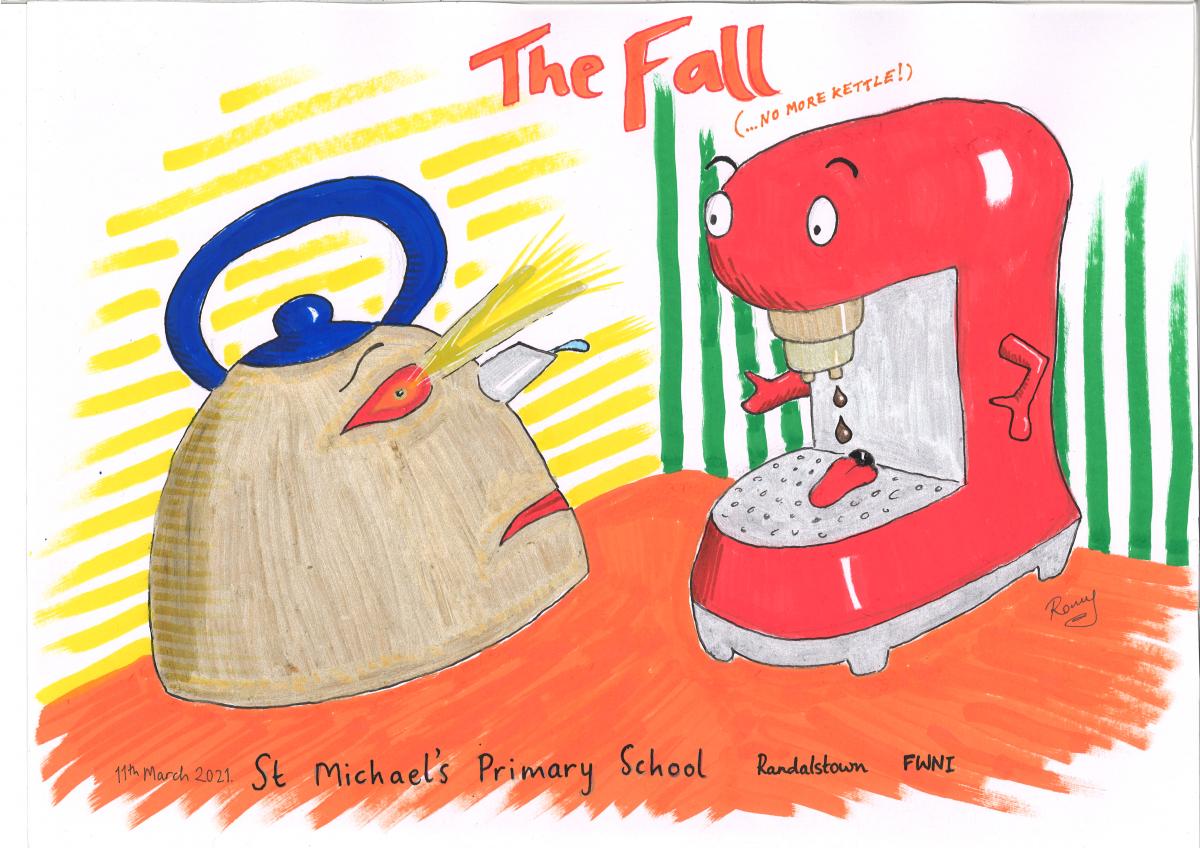 There once was a kettle called Fred, but he was no ordinary kettle. He had a special superpower. He had red laser eyes that he used to boil the water. His owner didn’t like Fred very much because every time she tried to make tea he would break down.

Fred’s owner was a fourteen year old girl called Emma who was really good at Gaelic football. One day, Emma was out at the lake with Fred and her best friend Bob the panda.

“You are not a very good kettle!” said Bob. Fred was very hurt and upset by this.

“I try my best to make my tea,” replied Fred, “but I can’t do it”. Fred went straight home to talk to the coffee machine about what Bob had said.

“Don’t listen to him, just do your best,” said the coffee machine, whose name was Jacob.

Emma was playing Gaelic in the kitchen when CRACK! The ball hit the glass shelf that Fred was sitting on. He dropped and...