The Craziest Midnight Stroll Ever 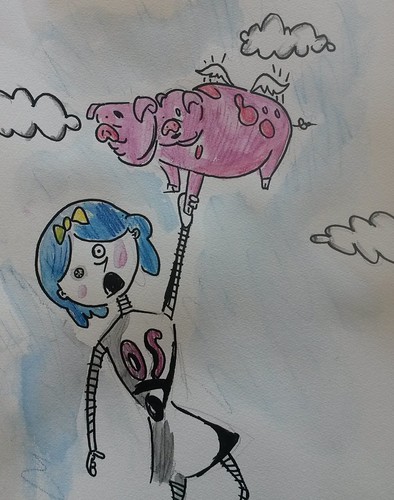 Once upon a time, last year on Tuesday, there was a girl called Ocean Strong.  She lived in a land where there were invisible flying pigs.

She was walking on her midnight walk when she fell off a cliff.

She thought all was lost, but one of the flying pigs saved her!

She thought it was just a dream because she could not see what had saved her.

“Can I be your friend?” said the pig. But Ocean Strong couldn’t understand him because he was oinking.

“What are you saying?” she said.

The pig said it again and she understood it this time.

Then he turned himself visible. 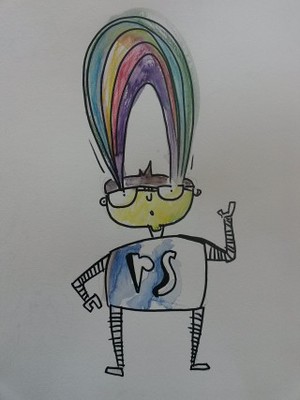 Ocean Strong flew off him because she was terrified!

As she flew away she stumbled and a boy called Powerful Sky caught her.

“Easy there!” he said, and promptly flew off.

Ocean Strong went home. “What is happening?” she said to herself…