The Case of the Missing Scrolls 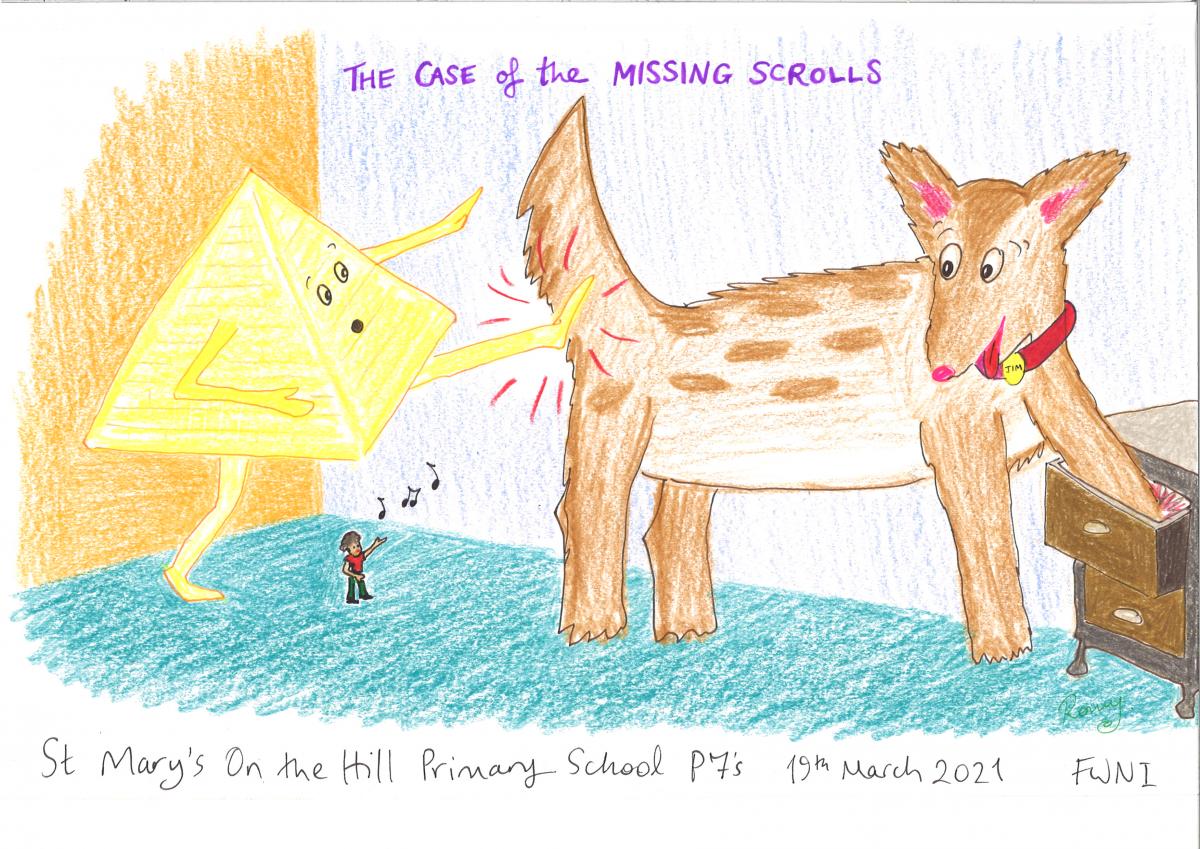 Bob, the three-foot-tall talking pyramid was jumping and swimming from South Africa to London. When Bob and Eugene, his microscopic friend, were in South Africa, they met a talking dog named Wilson who could fly. When they went up to Wilson, he started to fly away.

“Sorry, I can’t stop! I must protect these ancient scrolls,” said Wilson. Bob and Eugene jumped onto Wilson, who started to fly towards London. 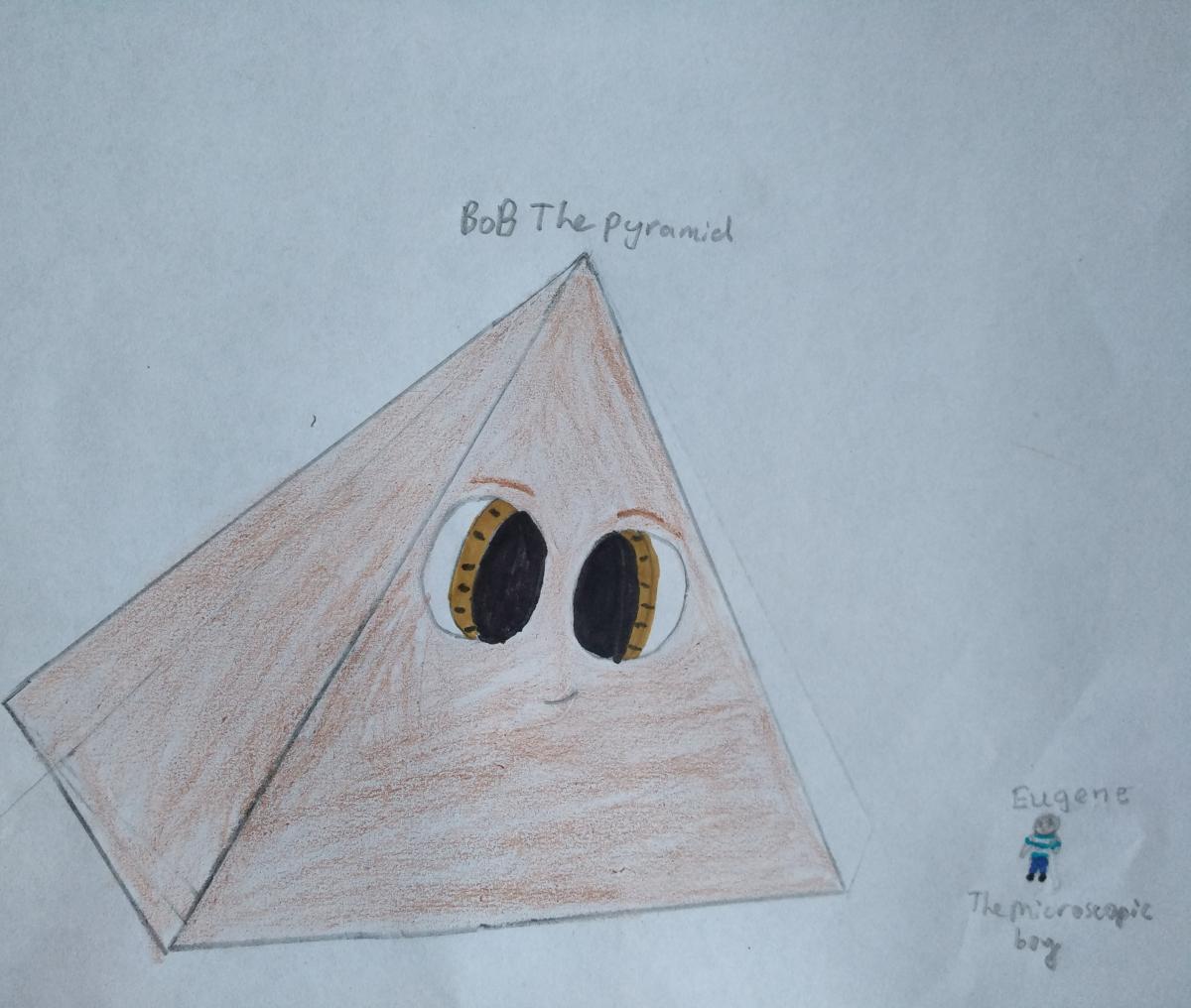 During their journey, they fell asleep and Wilson dumped them off his back. They eventually washed up in London, near the London Eye where they live. When they got home, they saw Wilson’s evil puppy brother Jim, rummaging through their stuff. Jim was looking for the scrolls because they had special powers and he didn’t want anyone to have them but him. The scrolls granted the owner special brain powers, the ability to talk to humans and thermal vision.

“WHAT are you DOING, Wilson?” shouted Bob. Eugene started singing karate music and Bob did a flying kick at the dog to scare him away. Looking closer, Eugene noticed that the dog had less spots than Wilson and read the name on his collar: Jim.