The Ancient Teddy in the Mysterious Package

One hundred years ago there was a nine-year-old boy called Tom who liked to sneak out at night and watch the bombs.
One day he was sent a package. There was no label to say who it was from or who it was for.

A few hours later Billy came to his door and said, “Did you get a package?” 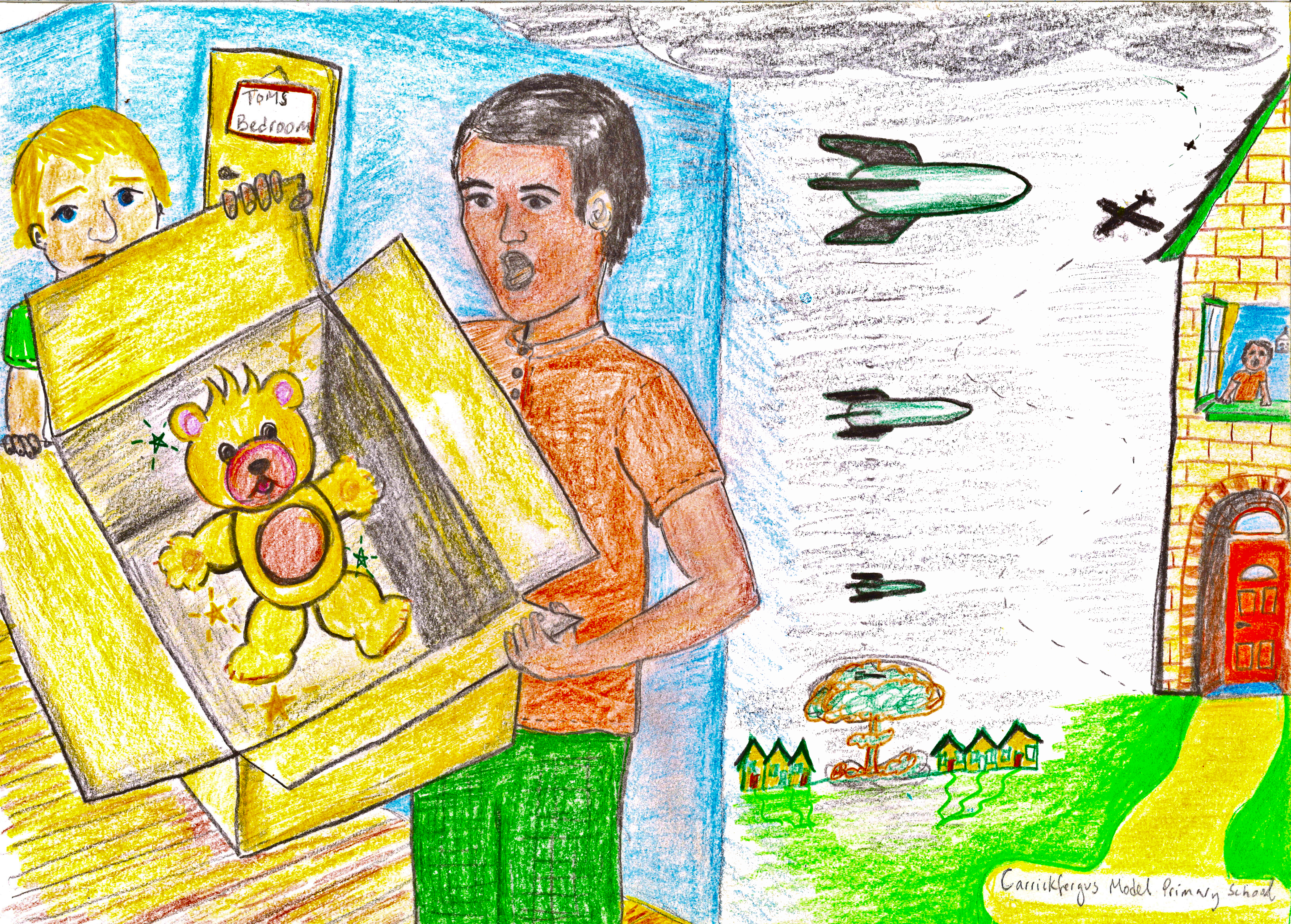 Tom snatched the box. He turned his back, not knowing what to do. He walked into the kitchen and asked his mum what she thought he should do.
Tom’s mum said, “What is in that package and where did it come from?”

Tom was speechless, he didn’t know what to say.

After that Tom snatched the box out of his mum’s hand and ran to his room to open it himself. He opened up the box and saw that there was a teddy bear inside.

He was surprised. He didn’t expect to have a teddy coming to him and he didn’t know why Billy wanted it so badly.
His mum came in and asked, “Why did you snatch it?!”

Tom says, “I’m sorry. I wanted to see for myself what was in it, and I wanted to be alone for a little while to open it.”

He wondered why it was so important…