The Adventures of Bonnie Boo and Rava the Lava Dog 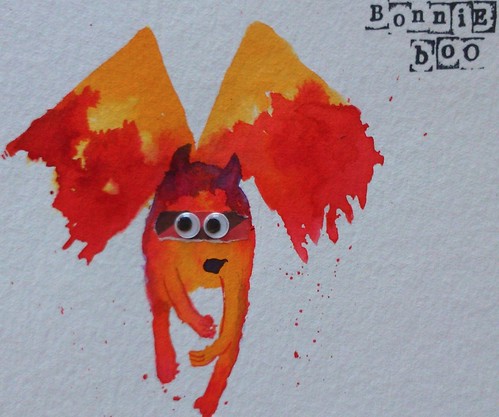 One day there was a demon called Bonnie Boo.  She had fire wings and glasses. 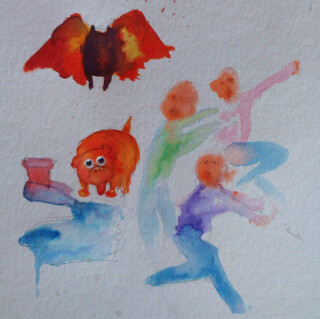 Bonnie’s greatest wish was to be good and make friends and become the president.

She was going to have to learn to respect people.

She practised this with Rava the lava dog.

One day Bonnie Boo went to the shop to get milk.  When she went into the shop she said ‘Hello’, but the people were scared of her and ran out of the shop. 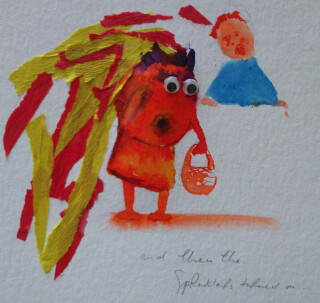 So one day she disguised herself so that nobody would know it was her.

She dressed up as a person with fake hair and facepaint and a metal fire breathing cover.

Bonnie Boo was at the till with three bottles of milk and a tub of strawberry ice cream.

Rava the lava dog was next to her dressed up as a regular pug.

As she was paying, she said ‘Thank you’ to the shop assistant. 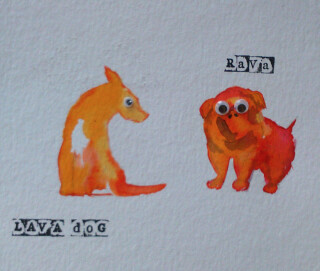 Suddenly a bit of metal came off her face and smoke came out of her mouth!

She heard the smoke alarm and felt scared because she was afraid of water.

The sprinklers turned on…