Fighting Words Northern Ireland has received an early 2022 bonus from local independent bookstore, No Alibis, following a pledge from the owner to donate 20% of the value of purchases made through the NI High Street Spend Local voucher scheme.  No Alibis, based on Botanic Avenue in Belfast, raised £6000 for the charity through the scheme which ran from October to December 2021.  Fighting Words NI, based in East Belfast, provides year-round free creative writing opportunities for children and young people aged 6-18 through its schools story making workshops, after-school Write Clubs and community engagement programme.

“We’re delighted with this incredibly generous gift from No Alibis, who as well as raising this money, helped to build awareness of our work in the media and among their customers.

“Every donation made to Fighting Words NI enables us to run more creative writing workshops and activities for young people across NI.”

David Torrans who owns No Alibis, said of the initiative:

“When the scheme was announced, we decided to make donations to Fighting Words NI, rather than offering customers incentives such as further discounts for using the Spend Local card.

“Our customers really got on board with support, with two customers making donations of cash and books for Fighting Words NI, and another donating their voucher so for they could buy books for the charity’s young writers.”

For information on Fighting Words NI’s programme or to take part, visit www.fightingwords.co.uk 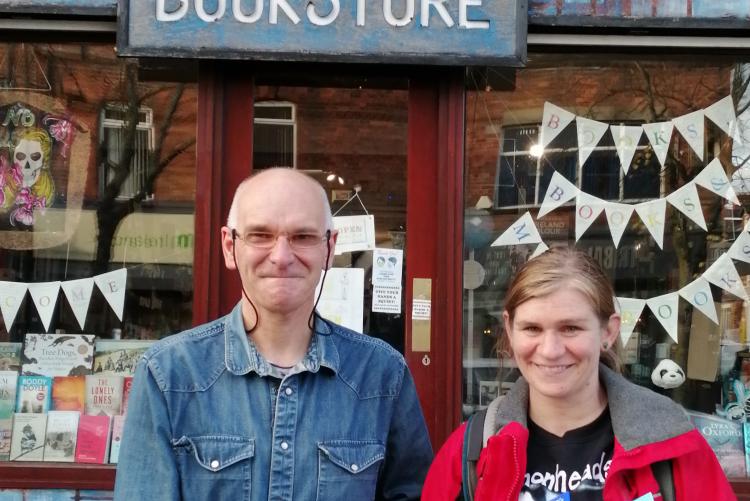