The Fox Chased the Rabbit 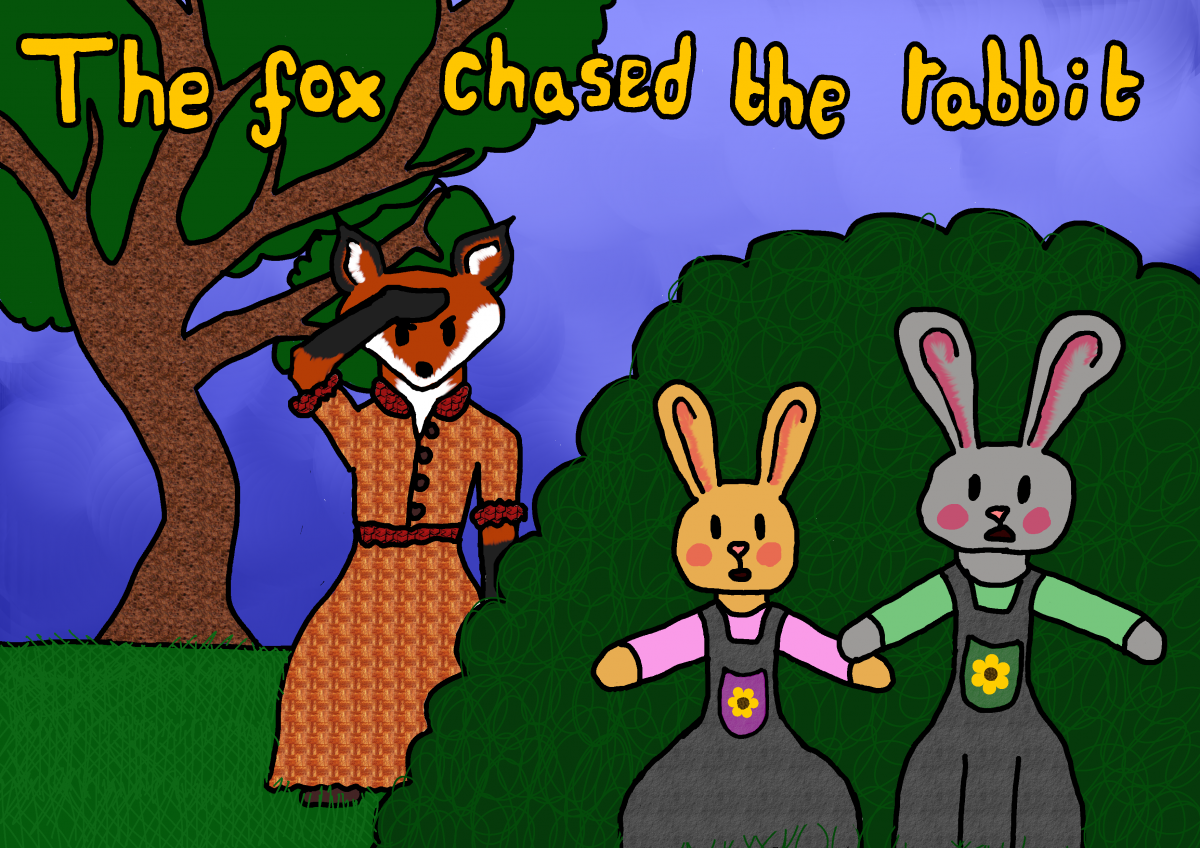 As they passed Bobby’s house, Mr. Rabbit and Loulou asked if he would like to join them. He did, and so on they went together. Next, they had to go past Mia the fox. They were so scared of Mia the fox because she always chased them. They tried really hard to sneak past her house and make sure she didn’t see or hear them. Mia the fox was coming out of her house just at that moment and she thought she had heard something. She walked across the front of her house and peeped around the corner. She saw something! She ran as fast as she could to catch up and see what it was. Mr. Rabbit and Loulou realised they were being followed by Mia, so they decided to hide in the bushes.

They stayed there for ten minutes. Thankfully, Mia didn’t find them in their hiding place. They decided to risk it and headed to the lake. They got into a boat. Mr. Rabbit was a good boatman and he rowed them across the lake to the other side. There was a forest at the edge of the lake. They went into the forest and an owl was sleeping in the tree. An owl is a nocturnal animal and sleeps all day! They tiptoed past the tree as quietly as they could so they wouldn’t wake up the owl.

All this time, Mia was chasing them. They suddenly heard her paw-steps, so they started to run. She was catching up with them and was now so close that they were becoming really scared.

“Oh no!” squealed Loulou. “We disturbed the owl! He is awake and chasing us too!” The owl, who could fly very swiftly, was so close that Mr. Rabbit and Loulou were about to give up.

“Wait! Wait! You have nothing to fear from me,” said the owl. “I want to help you. I will show you a shortcut through the forest.” Mr. Rabbit and Loulou stopped in their tracks. Could they trust him? They had to because Mia was dangerously close.

“Ok, Owl, thank you. Show us your shortcut.” The owl guided them along a small, narrow, dark path. Mr. Rabbit and Loulou did not realise that it was a trap…