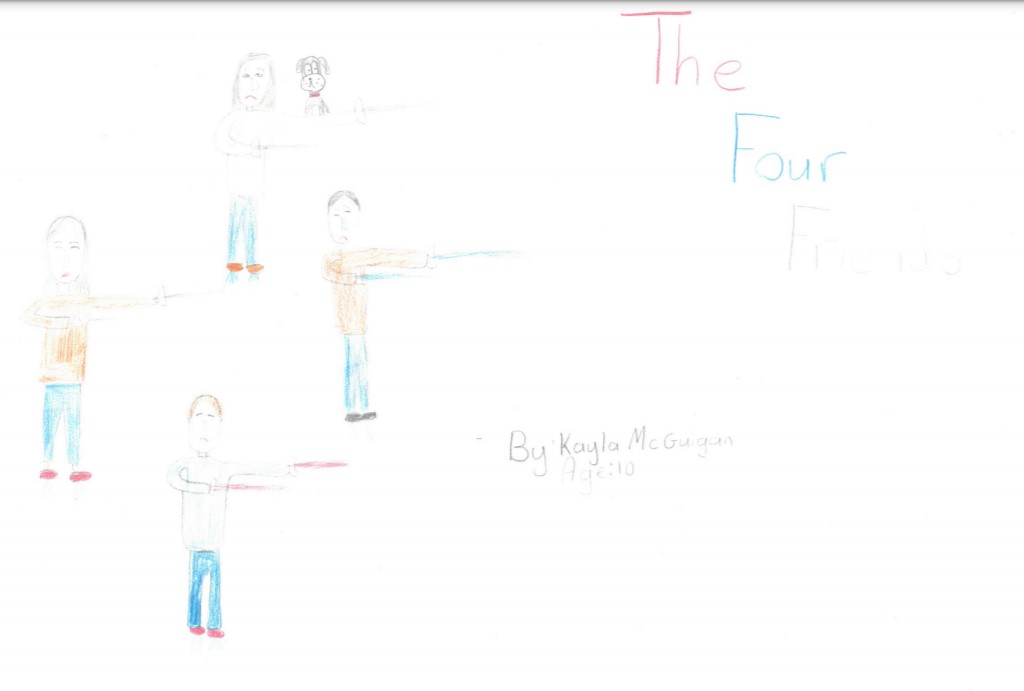 It all started with four best friends, Jemmima, Clay, Freddie and Millie. But they had a secret... They weren’t ordinary children… They had secret powers that they could do anything with. Sometimes they messed around with people using their powers, mostly with their teacher, Mr Biddle.

On this particular day Clay and Freddie were sent to the office.

“I wish we could just blow the stupid school up!” said Freddie when they were all at Jemmima’s house later that day.

“Why don’t we?” said Millie.
“Millie, you HAVE to be kidding me!” Jemmima said. Then Jemmima’s dog Maisie started barking.

“Come on Jemmima!” they pleaded.

“Well, ok, fine, but if we get in trouble remember I warned you!” she finally agreed. They all went home.

The next day at school, they were all eyeing each other up, and when they got outside, they hid behind the bins and started planning. “Where will we tell my mum we are going?” asked Jemmima.

“I don’t know, but for now, let’s think of how we are going to blow this place up!” Clay said.

“Ok, well I think we should fly over, then just take all our force and BOOM, the whole building is in pieces!” said Millie.

“NO!” Freddie screamed, and everyone looked at him.

“We are going to get bombs!”

“Freddie, don’t be silly, how would we get bombs by tonight?” Jemmima said, shocked.

“Come to mine after school,” Jemmima said, as they went to line up.

At Jemmima’s house, they thought of their final plans. “Well, let’s go.” Clay said nervously. Jemmima lifted Maisie and they all went downstairs.

“Where do you four think you are going?” Jemmima’s mum asked.

“Well, umm, we are just taking Maisie on a walk” Jemmima told her.

When they were out of sight from everyone, they started flying over to the school. It was all silent, but you could tell they were nervous. Maisie was going crazy; she didn’t like being up high.

“Hopefully, Mr Biddle is in there.” Freddie said. They all laughed.

They all started with all their force. Then they saw Mr Biddle running out.

Just then, a scary man with only one ear came flying towards them.

“I’ll get them for you!” he said. The school finally went up in pieces, so they had no choice but to fight this man. By this stage, nearly the whole town was there. Then before they knew it, the man’s skin turned into what looked like paper, and he was gone. Jemmima’s mum had called the other three mums. They were angry because they’d lied, but also proud because they’d won.