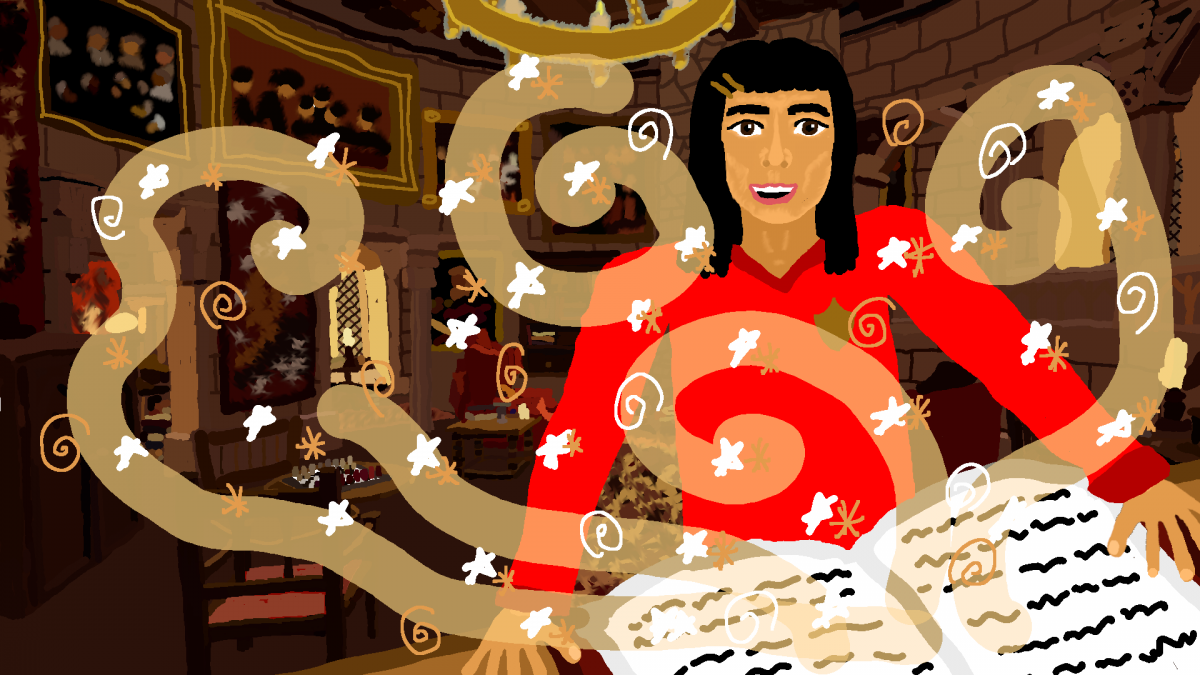 As I pulled out the book in the old part of the library, a very dusty tattered book fell on me. I opened the book expecting to be filled with excitement. But when I opened it, it was just a plain, boring ordinary book. I began to close the book when I heard a faint whisper…

I heard the voice say a strange spell, and as soon as I turned around to see what the voice was, the pages of the book started to flap!

Suddenly, I was sucked into the book like it was some sort of portal! Then everything went black. I opened my eyes not to see a library but a boat! 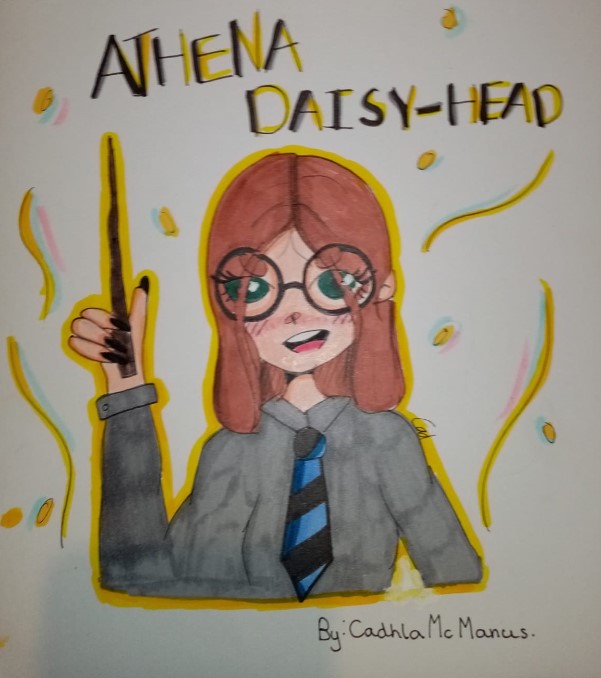 I sat up and in the distance, I could see a gigantic castle. We sailed off in the boat towards the castle. It was dark and windy with a light shower of rain falling on my face. As we approached the castle, a voice told me to get ready to jump off. It’s so dark I can’t make out their face.

As I jump out of the boat, I hear my footsteps landing with a ‘thud’ on the grass. “Oh no!” I think there were more on the boat than just me.

Above the castle door it said, ‘Mogdarts. School of Spells’. It was huge and creepy looking, but as I stepped in, it became a magical place. The pictures on the walls were talking, the staircases were moving and there were lots of children walking about.

Another huge door. The sign said ‘The Great Hall.’

A boy beside me introduced himself as Henry. He said, “You look a bit scared”.

I couldn’t actually say, Uh I was just in the library and now I’m here!

He told me to follow him and we sat at the giant table. He introduced me to his friends Rosie and Hayley.

A man stood up at the top of the hall and introduced himself as Professor Thistle, the head of the school.

I asked Henry what was happening, and he explained we’re all going to be sorted into our different houses. I was scared I might be separated from our little group, but I hoped for the best! I was feeling quite nervous, but I didn’t know if it was excitement or hunger since I hadn’t eaten since breakfast.

Professor Thistle started calling names. You had to hold what sort of looks like an old dirty stick to get sorted. The stick had a deep voice mixed with a squeaky voice, kind of like my annoying little brother.

As we all entered our common room, people started chatting or reading. I took out my book that I’d kept safely hidden. It was still quite dusty. I gave it a gentle blow with my breath. Suddenly the pages began to flap open, the room started spinning and I thought, OH NO…. here we go again!